The Perfect Team? What Google Learnt

Wouldn’t you love to have the resources of Google? At Google, they decided they wanted to understand what defines the perfect team, so brought together their best statisticians, organisational psychologists, sociologists, engineers and researchers to form ‘Project Aristotle’. After three years of research, of reviewing a half-century of academic studies looking at how teams worked, scrutinising the behaviour and performance of 180 teams, their first discovery was that patterns were hard to find. 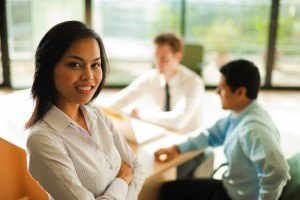 The research team found that some high performing teams socialised with each other, others didn’t. Some diverse teams were high performing, others weren’t. As a manager in Google’s People Analytics division said ‘‘At Google, we’re good at finding patterns… there weren’t strong patterns here.’’ After almost giving up, they finally found what makes the difference.

What differentiates high performing teams is the existence of trust.

When looking at how to best explore and understand trust, the most effective contextual framework was ‘psychological safety’, a concept Harvard Business School Professor Amy Edmondson defines as ‘‘a shared belief held by members of a team that the team is safe for interpersonal risk-taking’’ and ‘‘a sense of confidence that the team will not embarrass, reject or punish someone for speaking up.’’ There’s no point in having great talent within your team if people don’t contribute fully.  Good decisions are made when people share their perspectives, challenge one another and develop a more well-rounded solution.

Think about your experience of diversity at work and diverse teams. To what extent do people feel safe and trust one another? Common barriers to full participation include a fear of causing offence, of not understanding another person, or of making sense when speaking a second language. Key behaviours that create psychological safety are those of engaging with each other at a human level. To get to know your team members as people, rather than only through their title or functional role can make a difference. Other key communication skills such as active listening and demonstrating empathy are also critical. Sounds simple, right? As with so many of the skills of effectiveness in global contexts, it’s not what you do, it’s how that makes the difference.

For more details of the project and it’s findings click here.