Bikinis or burqinis? Islam in Australia

By Tamerlaine Beasley|
Realities of the diversity of the Muslim community in Australia are rarely represented in the Australian media.  A focus on September 11, Al Qaeda and minority groups within Islam can contribute to prejudice and a lack of awareness in the community.  Beasley Intercultural we are committed to conversations about cultural difference which enable greater understanding.  Later on this year, we will be hosting a panel of Muslim women who will discuss perceptions and realities of Islam.

Despite media attempts to portray them as such, all Muslim women are not oppressed victims! I had a wonderful opportunity last year to facilitate a session at the APEC Women’s Leaders forum on cross-cultural issues in business.  One of the participants was Aheda Zanetti, the founder and owner of the business Ahiida which manufactures the ‘burqini’ which she describes as “swimwear for the modern active Muslim female”.  What an inspiring woman, and a great business idea.  I loved the testimonial of the customer who wrote in about her new burqini saying “doing laps in it feels no different to wearing boardies and a rash vest”.  Ahiida told me that one of the interesting responses to her product has been the overwhelming support she has received, and particularly the desire for her product from non-Islamic customers.  She has been contacted by women who have been treated for myeloma, Hasidic Jews, and women who would like to swim but prefer more modest attire.  Her swimwear has enabled women of all backgrounds to enjoy the freedom that swimming provides. 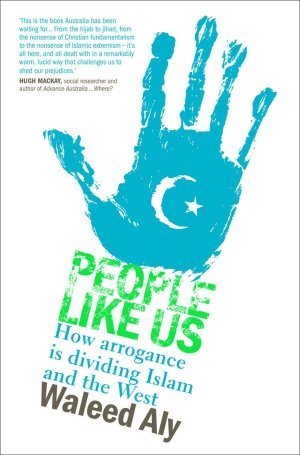 Waleed Aly is a lawyer, Muslim community leader and academic at Monash University, he is also a regular on the conversation hour on Radio National.  Aly’s book ‘People Like Us’ is an essential read for people who want to look beyond the media stereotypes and better understand the world we live in. I recently heard Aly present a session at the Lowy Insistute for International Policy.

Tamerlaine Beasley is an expert who enables effective collaboration and communication in diverse and global workplaces.She is a member of the Board of the Australia-ASEAN Council for the Department of Foreign Affairs and Trade, and founder and Managing Director of Beasley Intercultural, Australia’s premier cross-cultural training and consultancy company.Tamerlaine’s keynote presentations, advisory services and training programs are described by clients as ‘transformational’ and ‘game changing’. Examples of her work include: coaching and advising business leaders in Australia and Asia; working with global teams to optimise performance; developing a framework for training and capability building through international partnerships for APEC; building local staff capacity at the United Nations Economic and Social Commission for Asia and the Pacific; leading the development of diversity and inclusion programs for the Australian Public Service Commission and the Department of Defence.
Go to Top